Jesus said a lot about our world today...

Bible Prophecy reveals events happening today that point to the soon return of Jesus Christ. This new study series will give answers to questions millions are asking. As the words of Jesus come alive, they give hope and reveal how prophecy speaks directly to our time. With the Bible as our foundation, prophecy becomes clear, establishes truth and proves relevant for our day. Discover peace, purpose and confidence as you attend Jesus On Prophecy in your area. Pre-register today and claim your free Kingdoms in Time DVD! 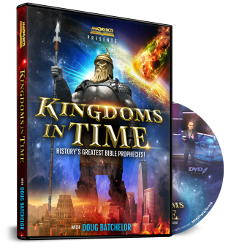 to receive this Free DVD on the opening meeting.

If you need transportation or any other assistance for attending this series in Ann Arbor, MI, contact us with your request. We would be glad to help.